Sebastian Aho was born in Rauma, a little town in Southern Finland, 26th of July 1997. At that time his father Harri was playing as a pro hockey in a local hockey-team Lukko. Next summer the family moved to Oulu as Harri returned to his home club Oulun Kärpät. So Sebastian, along with his big brother Samuli and little sister Anna-Katriina, grew up and lived his entire childhood in Oulu.

Sebastian got his first skates at the age of 2 years, but the passion for hockey turned on even before that as he was watching his father playing. He followed his father to the locker-room, became a devoted Kärpät fan, learned to know the players and wanted to become like them. When he was three years old, his father took him to Kärpät’s skating school and from that on he began to play organized hockey. His minor age wasn’t any kind of problem as he was a little brother! He was used to play outdoors with his three years older brother and his friends. In those outdoor games were shown no mercy and as Sebastian couldn’t be the strongest, he had to learn to be the most clever. Most likely his hockey IQ with excellent instincts developed in those games. 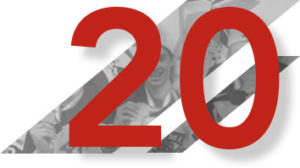 Finland is called the land of thousands of lakes, and possibilities to fishing are huge. On the coast of two of those thousands lakes, Family Aho has a cabin – one up in Lapland and another near Polar Circle in Rovaniemi. So it’s no wonder that also Sebastian, his brother and his friends are enthusiastic fishermen. Those cabins are very important places for Sebastian; the best places in the world to relax and spend time with his loved one’s and closest friends.

In May 2014 Sebastian signed the three year contract with team Oulun Kärpät. He scored his first goal in his first game in that season against TPS 12th of September in Turku.

At the age of 17 he got more and more ice time in playoffs, and 25th of April 2015 he blasted the ice rink in Oulu by scoring his first playoff goal in the final series in game 7 at the home ice in second overtime at time 81.00 in sudden death.

Sebastian was selected by the Carolina Hurricanes in the second round (No. 35) in the 2015 NHL Draft. However, he decided to stay in Finland and play one more season for his home team Kärpät. That turned out to be a right decision; that season prepared him mentally and physically a lot.

The season 2015-2016 was a real breakthrough to the professional and international level.

During that season Sebastian was the best player in Kärpät and scored 20 goals+25 assists=45 points in 45 games. Sebastian became the youngest player ever to win +/- rating in Liiga resulting +26 after the regular season. He was the best in playoffs scoring 4 goals+11 assists=15 points. He also won the silver medal in Champions Hockey League and SM-liiga Bronze Medal with Kärpät. After the season he was selected as the second MVP in Liiga and was named to All-Star team.

Sebastian has gone through all the junior national team levels in Finland. He won silver in U18 World Championship in Switzerland only one day after he had scored the decisive goal and won the Championship for Kärpät.

In January 2016 he won Gold in U20 World Championship in Helsinki. Sebastian played as a center with his line mates Patrik Laine and Jesse Puljujärvi. That line dominated the U20 WC in Helsinki.

At the same year, a couple of months later, he won silver in men’s World Championship in Moscow. In the semifinal Sebastian scored two goals as Team Finland beat Team Russia 3-1.

After the season he got selected to Team Finland in World Cup 2016 in Toronto.